The cardiovascular system is an order of organs that carry blood through vessels to and from all parts of the body, transport nutrients and oxygen to tissues and removing carbon dioxide and other waste. The blood is propelled in this closed tubular system by the heart. The cardiovascular system consists of two circuits, pulmonary and systemic, composed of arterial, capillary and venous components.

Role of CBD in Cardiovascular Diseases

An increasing number of studies are proposing the beneficial part of CBD for overall cardiovascular health. Cannabidiol has a direct effect on isolated arteries; it reduces tension in blood vessel walls in both acute and time-dependent scenarios. Hence,  improving vessel patency, perfusion, and reperfusion especially after an injury or blockage. In animals with impaired endothelium-dependent vasorelaxation, in vitro immunization with CBD has shown improvement in vasodilatory responses. Research has also shown that CBD administration can reduce ischemic tissue damage from a coronary attack. Moreover, cannabidiol can protect against vascular damage caused by an elevated glucose environment and inflammation. In animal models, CBD has shown to reduce vascular hyperpermeability from cases such as type 2 diabetes. This reduction is due to the anti-inflammatory and antioxidant properties of CBD. 34, 39

Arteries are vessels that transport oxygen-rich blood from the heart to different parts of the body. Atherosclerosis is a disease that results in plaque buildup within the arteries, hardening over time and narrowing the arteries. The plague is made up of different substances found in the blood and fat, cholesterol and calcium. Narrow or blocked arteries increase the risk of stroke, myocardial infarction, and hypertension. Monocytes and macrophages are critical to the formation and progression of atherosclerotic plaque. Oxidative stress and inflammation result directly in distributed blood flow and dysfunction of endothelial cells (cells that overlay the interior surface of blood and lymphatic vessels).

Atherosclerosis relates to an acquired and genetic clinical endocannabinoid deficiency and a dysfunctional immune response to the presence of endothelial adhesion molecules. CB2 receptors within the circulatory system regulate immune responses. Administration of phytocannabinoids can reduce inflammation responses to abnormal endothelial molecules and reactive oxidative species that play a role in plaque formation and death of cells. Research suggests that CBD can be used in the prevention and treatment of atherosclerosis. 5, 6, 7, 10, 11, 14, 15, 18, 20, 25,27, 33, 34

Cardiomyopathy represents diseases that affect the heart making it harder for it to pump blood. The disease is associated with increased oxidative stress and adhesion molecules and decreased diastolic and systolic myocardial performance. The increase in vascular adhesion molecules results in the rapid growth of fibrosis and connective tissue eventually ending in cell death.

Numerous causes can result in cardiomyopathies such as infection, drugs, myocardial ischemia and as repercussions associated with diabetes mellitus and metabolic syndrome. Cardiomyopathy is an acquired clinical endocannabinoid deficiency. Research already supports the positive effect of cannabidiol through CB1 and CB2 receptors, this is also true for cardiomyopathy. CBD administration improves cardiac dysfunction, reduces oxidative stress and correlated cell death. Improving CB2 receptivity by increasing anandamide levels will decrease the inflammatory response. Fibrotic scarring is diminished by cannabidiol, stressing the significance of an augmented cellular glucose usage especially in conditions such as diabetes and hyperinsulinemia. CBD is beneficial in both primary cardiomyopathy and ones associated with metabolic syndromes, as a therapeutic and protective treatment.8, 9, 11, 16, 31, 34, 35

The abnormal increase in circulating blood pressure leads to medical complications like stroke, dementia, myocardial infarction, and peripheral vascular disease. Hypertension is an acquired and genetic clinical endocannabinoid deficiency influenced by the decrease in circulating cannabinoids. Increasing anandamide levels, the lipid neurotransmitter that directly binds to CB1 and CB2 receptors correlate with relaxing the blood vessels. When blood vessels relax, the systemic blood pressure reduces. Therefore, cannabidiol administration is recommended to protect against the risk of malignant hypertension and for treatment after diagnosis.2-4, 6, 7, 10, 11, 12, 13, 16, 17, 23, 24, 25, 28, 29, 31, 34

Myocardial ischemia takes place when blood flow to the heart is restricted, preventing it from receiving enough oxygen, and reducing glucose both of which are necessary for cell viability and function. Damage to myocardial tissue can result from this partial or complete blocked of the coronary arteries; damage can be verified using an electrocardiogram (EKG) or echocardiogram test.

When blood flow to the heart lessens or stops, it causes myocardial infarction (MI) or more commonly a heart attack. MI results in damage to the heart muscle in the form of cell death. A common cause of MI is atherosclerotic blockage of a coronary artery that may ultimately lead to a full cardiac arrest and possibly death. The risk of myocardial infarction increases with blood cell and cholesterol accumulation within the arteries.

MI is influenced by a clinical endocannabinoid deficiency, through affected CB1 and CB2 receptors throughout the myocardial tissue. CBD can, therefore, play a therapeutic role, by reducing inflammation, immunological responses and ultimately endothelial wall plaque formation within the coronary arteries.  Research has also shown that CBD administration can improve reperfusion and avoid abnormal heart rhythms after a heart attack. Increasing cannabinoid engagement with CB receptors would limit damage to heart tissue.4, 7, 8, 11, 21, 25, 26, 30, 31, 34, 36-38, 39 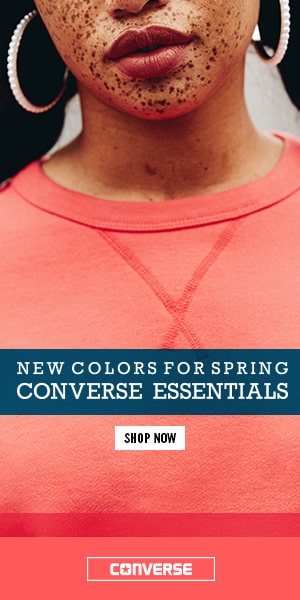 Hottest videos on your mail!